Chris N
350
0
0
0
This is my take on a simple controller for a pre-built 8x8 RGB LED Matrix (By Geeetech sold by Amazon). The design uses an ATMEGA328P-AU MCU and 4 Shift registers to serially control the anode and cathode pins of the matrix. This project was intended as a learning experience as this is only my second PCB design.
Open in Editor 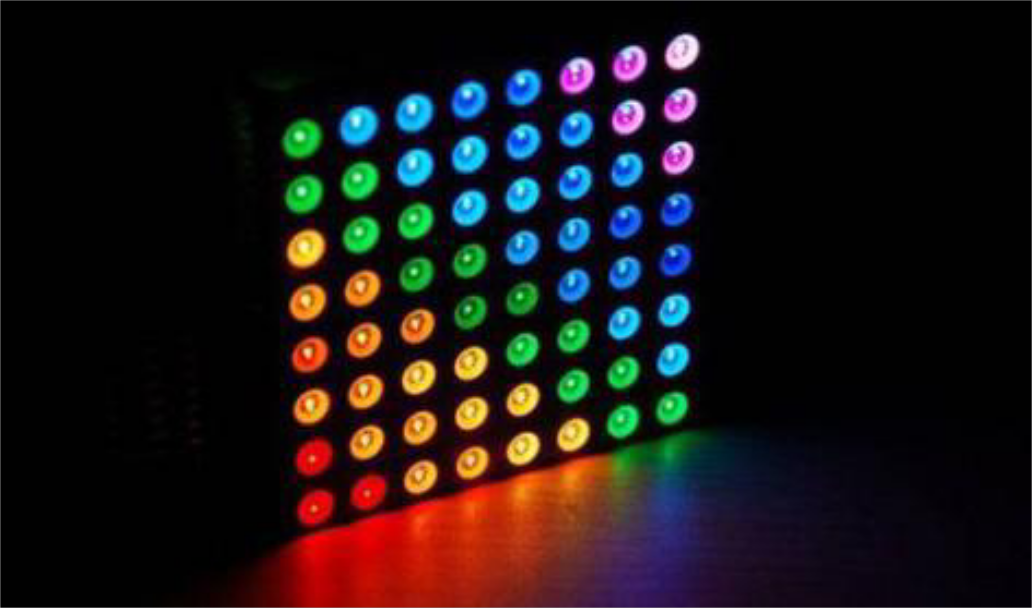 Currently an EE student, this is my second PCB design so far and the first with production in mind. The intent of this project is to better understand PCB design and manual trace routing.

The SummerLights schematics are based on some pre-existing LED matrix controller schematics I've found. My implementation uses four shift registers and an ATMEGA328P-AU MCU to control a pre-built 8x8 RGB LED Matrix (Link Below). The shift registers are sent data serially from the MCU to control each of the 24 Cathode pins (8 Red, 8 Blue, 8 Green) and the 8 Common Anode Pins.

In addition to the contoller, several convenience and harware add-on features were included in the design. FTDI and ICSP headers were provided for easier programming access. A footprint for connection to an LM35 was included to add temperature sensing. Through-holes were added for access to PB0, PB1, and PB2 for future expansion. Two programmable buttons are also included (Menu and Select) which are wired to PC0 and PC1.

The current design should be functional. A smaller version of the board using all SMD components is desired. Cathode resistor values are subject to change depending on resulting brightness. Since transistors were not used to control the cathode/anode lines, brightness can't be modified once the resistors are installed since it is dependent on the shift register output current. 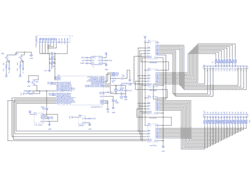