Peter B
5.2K
15
1
22
This board is an elegant flight control board, relying on the power of the STM32F407 ARM Cortex-M4 microcontroller from ST Microelectronics, for running all the PID control algorithms, monitor sensor inputs, and generation of rotor and servo control outputs.
Open in Editor 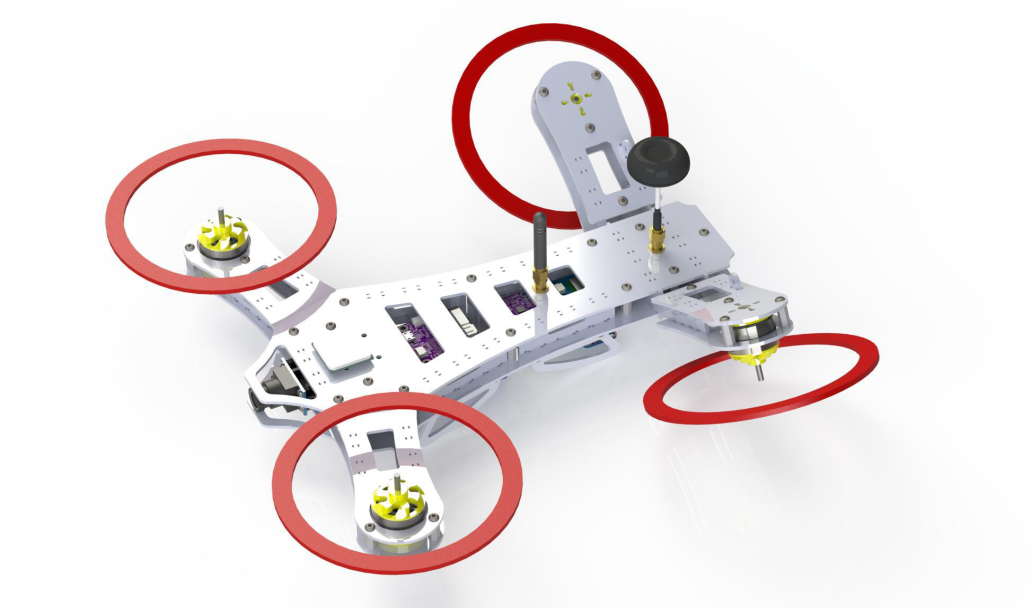 Peter Blom's FC design is a Flight Controller for a quadcopter. It will keep the quad in the air using its onboard sensors and send back information about its position, orientation and other telemetry.

The idea was to build a quadcopter almost from scratch, so that every little bit could be customized to the user's liking. This FC design for example is meant to be small yet still have all the sensors and I/O of bigger sized flight controllers. It has a Barometer (for altitude), Gyro/Accelerometer (for orientation) and a Magnetometer (Compass). With the I/O ports it can connect to:

All the electronics has been designed using Upverter, most of which are already online. A render of the assembled quadcopter is shown above. The FC board can be seen behind the first two cutouts in the top plate. 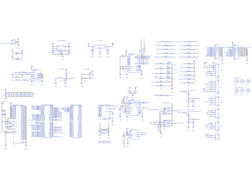